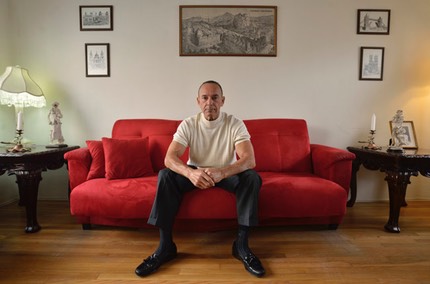 LONG BEACH, CALIF. USA — Good Samaratin Al Moreno in his Long Beach, Calif., home on March 7, 2013. Moreno, 67, saw a woman being robbed of her necklace at a Starbucks on 2nd Street in Belmont Shore, his instincts as a retired LAPD officer and former Marine kicked in. Moreno chased the thief down and held him in a police choke-hold until officers arrived. He then went back into Starbucks and finished his coffee. Moreno says he’s no hero. He also works as a private investigator, and in his time at LAPD, worked in one of the first official gang units.

LONG BEACH – When 67-year-old Belmont Shore resident Al Moreno saw a woman being robbed of her necklace at a Starbucks on Second Street, his instincts kicked in as an ex-cop and former Marine.

The victim, a 62-year-old woman, was walking with cane into the Starbucks on Second Street and Covina Avenue at about 1 p.m. on Wednesday when a 16-year-old boy suddenly pushed her from behind, snatched her necklace and darted across the street, police and witnesses said.

Moreno was reading and drinking a cup of decaf coffee when he heard the woman scream.

“The kid came up and `Bam!’ just hit her from behind,” Moreno said. “I shot out like a cannon, didn’t even give it a second thought. I caught up with the thug across the street and just hit him like a freight train.”

Moreno tackled the teen to the ground and put him in a Karate-style chokehold. He said he apprehended the thief with the help of a fellow good Samaritan – an off- duty FBI agent – until police arrived.

He then went back into Starbucks and finished his coffee. The victim, who got her necklace back, came over and gave him a hug.

For Marino, a Vietnam veteran and former Los Angeles Police officer who said he served on the city’s first gang unit in the 1970s, the incident at Starbucks was minor compared to some of the things he’s seen in life.

But his actions made an impression on many people that day. Shortly after the incident, local resident Jessika Garcia posted a comment on the “Long Beach, Calif.” Facebook page:

“…thanks to all the good civilians of Belmont Shore the (thief) was caught!!! Even better… a 68 year old man caught the young guy and flattened him!!! Cops are cuffing him now.”

The comment generated more than 1,200 “thumbs up” from readers.

Starbucks employee Darlene Smiley, who witnessed the event, said she offered to buy Moreno a cup of coffee.

“It’s heartwarming to see that there are true people who would risk their lives for someone,” she said.

Sitting in his Belmont Shore home on Thursday, Moreno said he’s no hero, just someone who feels compelled to help when he sees a person in need.

“It’s truly not hero stuff, it’s just doing what the hell you should be doing,” he said.

A fitness fanatic and avid rock climber, Moreno works out seven days a week. He has the biceps of a 20-year- old, the posture of a Marine and the salty language of a sailor. In other words, he seems like someone whom few people would want to cross.

A Los Angeles native, Moreno served in the Marine Corps in Vietnam before joining the LAPD in the late 1970s. After seven years with LAPD, he left and started his own Long Beach-based private investigation firm called Global Investigations & VIP Security Services. He now travels throughout the world as a private investigator and security consultant.

The incident at Starbucks wasn’t his first brush with citizen action. About three years ago, Moreno was walking in the 5300 block of Ocean Boulevard when he saw a burglary in progress. Moreno said he caught the burglar and placed him under citizen’s arrest.

As for the teenager in Tuesday’s incident, police said he was arrested on suspicion of robbery. His name wasn’t released because he’s a minor.

“This young thug knew exactly what he was doing and he picked the most vulnerable, easy target,” he said. “They have a Ph.D in that stuff.”

Moreno said he was impressed by how people in Belmont Shore community responded that day. As the thief was pinned to the ground, crowds gathered and people began shouting in anger at the teen, he said.

“The fact that he picked the weakest person, a woman walking with a cane, that just really outraged people and they weren’t gonna take it,” he said.

“Belmont Shore is a close-knit community, and to see the participation of so many people, it just really raises your spirits and gives you a sense of that community.” 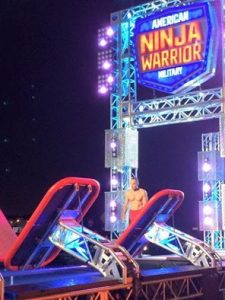 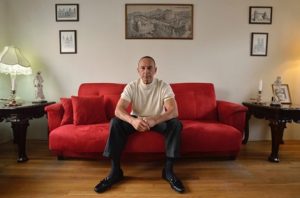